"It's finally here! Tempus Fugit from the DRAMA album with Humans playing all the parts! This all got underway about one year ago after Richie (keyboards) saw the first Tempus Fugit vid my brother Dave and I did playing along with the original track. Richie suggested we do a collab with Tim on vocals - probably the best Jon Anderson voice out there right now. We thought it would be neat to have this tune with a Jon Anderson-like voice instead of the Trevor Horn voice which is on the album.
With C on guitar and Richie on keys to round it out it was a "no-brainer". I created a completely new drum track for this one that in my opinion is 100% better than the previous TF vid in terms of recording quality. We are using Dave's original bass track from the previous TF vid. Kudos to Richie for all the audio and video production. Richie took RAW tracks and added all the effects for the drums, guitars etc. AFTERWARDS.....everything!!!! Very Cool!
Even though Richie thinks he's a rookie at the video production this is just outstanding in terms of creativity. Thanks to everyone - Richie, Tim, and C for including Dave and I in this project. You are all outstanding musicians and just great to collab with all around! I truly hope we get to meet in person someday.
By the way: Happy 83rd Birthday to My Dad!!
As usual - along with YouTube's lousy and user UN-friendly new layouts they still don't have there act together with audio and video synchronization. The raw file for this vid is perfectly in sync - but you never know if you will get a synchronized view on YT even in Hi Def 720 mode. You would think that these computer "geniuses" would have figured it out by now. Sigh......"
The Players:
Tom Geisler: Drums [http://www.youtube.com/ttomsdw] USA
Dave Geisler: Bass [http://www.youtube.com/ttomsdw] USA
Tim Wardle: all Vocals [http://www.youtube.com/yea78861] USA
C: Guitars [http://www.youtube.com/delgift] ARGENTINA
Richie (U.R.): keyboards / audio & video editing [http://www.youtube.com/rushyeskansas] GERMANY / BRAZIL
Postado por Gustavo em 1.3.12 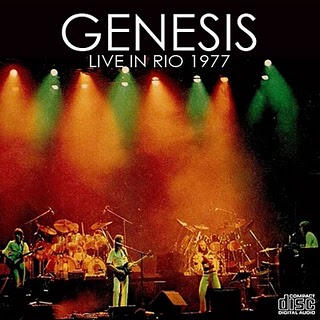